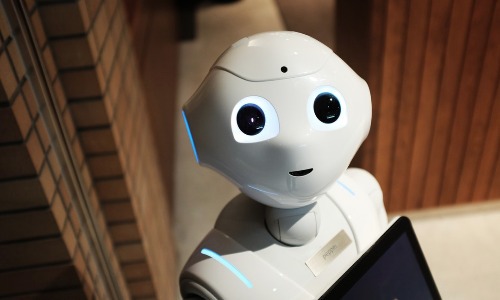 Every week we see more stories of jobs being lost to automation. Some make national and international news, others don’t get so much attention. But it’s becoming clear that the process that went into overdrive with the industrial revolution is speeding up again, and the fear is that this time it might not see new jobs created as fast as others became obsolete.

How did we get to now?
We’ve long made peace with physically intensive and low skilled jobs being lost to automation. But what started with farming jobs continued into blue collar jobs such as car manufacturing. These wouldn’t have traditionally been considered high paying, but they were stable and often jobs for life. The reduction in cost and increase in quality of modern farming and manufacturing techniques has for most of the world seen a net gain in standard of living. But that was due to the twin factors of cheaper goods, and a boom in white collar office jobs. Whole new industries have been created due to our increased wealth and the large pool of educated workers that automation freed up.

But now, just on cue, as automation looks to be on a final push to do all the physical jobs that have remained to this point. Computer automation and now Machine Learning is here, looking to do the same for the non-physical jobs too.

What is Machine Learning?
Computer automation started, much like physical Automation as people experimenting with ways to complete tasks that would either have taken a human a ridiculous amount of time, or simply couldn’t do. From here the natural next step was seeing what other simple tasks a computer could do better than a human (or in some cases faster and cheaper was enough). Lots were found, keeping a customer up to date on the delivery of their order, adjusting the price of products on an online shop. Anything which usually followed a routine pattern could be automated with a computer. But the results weren’t always perfect, because it’s hard when programming these automations to account for every possible scenario. That’s where Machine learning comes in. For tasks such as moderating posts on social media to flag any that are inappropriate, a traditional automation approach would be simply having the messages checked to see if they contained set list of words or phrases. But such a technique will obviously give you a lot of false positives, and can be gamed easily. Appropriate and inappropriate are obviously subjective things which require a lot of experience to discern. But if a machine can be fed thousands or millions of examples of messages which have previously been marked as appropriate or not, it can suddenly get that experience a lot quicker by hunting out the patterns which led to the decision. Then you can expose it to new examples and ask it to make a decision of its own. With much better results. In general the results get better over time as the machine sees more examples. But more meaningful improvements are possible by having a human look at the performance of the machine learning and programming a new version of the underlying machine learning routine. By following a cycle of iterating versions to find improvements, there may be no limits to the performance of these machines, or the tasks it can be assigned to. Google have even seen that AI can in some tests program machine learning better than a human.

What’s next?
With these significant leaps forward, the next obvious question is just what job roles are those next in danger to be lost to automation and machine learning? Somewhat unnerving for some, it may very well be middle management and line managers who are among those next at risk. Especially with the way some offices and organisations are heavily process driven, with some colleagues working on the same projects located across multiple time zones. Management software could be fed a list of requirements and available staff (and approved outsource companies), and it would automatically cut the job into smaller tasks and assign them. Some staff may not actually notice any change in their day to day workflow. In other tests, automated programs have been more accurate at predicting the outcome of personal injury claims than their human counterparts. Eventually when trying to predict the eventual conclusion of which jobs this technology with take, it’s may actually be quicker to discuss which jobs it won’t do. The jobs probably safest from being automated, are ones which another human would strong object to being automated. For instance shareholders of a company are always likely to want a human CEO and top level management team running their company, and who can be fired and replaced with another human if something goes wrong. Equally, customers of a company are likely to be uncomfortable using a bank or internet service provider if they can’t meet or talk to a human representative if they feel the need.

With so many jobs ultimately at risk to automation, another source of income may be indeed by a large swath of the population. One suggested solution that is finding favour with many, is Universal Basic Income. It does have its critics, and a detailed assessment of the pros and cons of it will have to wait to a later article. But it’s an interesting subject which is worth you doing some further reading on, because it’s clear that while it’s only one possible solution. A debate is needed to find ‘the’ solution.