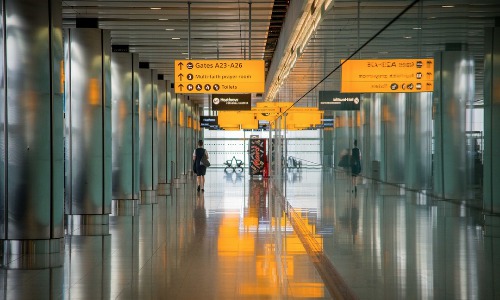 The news, whether good or bad, depends on your personal point of view.

What we know is actually very little in reality.

There are plans still to be sorted out as to where this new runway would be. Even now ideas are coming forward for a runway extension, a new separate runway to the north over Sipson and the M25 could be either buried or the runway built up over it.

Is this how we want the rest of the world to view us? We have decided on leaving the European Union and we should be trying to show the world we can make more brave and decisive decisions to push our country forward. Instead we are showing that we can dither about and delay a decision that has been going on for 35 odd years and already the next decision has been delayed until December 2017. Hardly the actions of a decisive government.

For many with any memory of this sorry saga, there will be parallels with the decisions put forward in the past. These obviously never came to anything and I suspect this is what will happen again.

Go on, prove me wrong! I’ll be the happiest person to be calling this wrong.

I saw on the news someone who bought recently in Sipson that they were fighting the Heathrow expansion because they bought when David Cameron said it would never go ahead. But surely they bought cheap because most people know the whole issue is still hanging over the village and this would have reflected in the local prices. Most people will now gain from being paid to leave a blighted area. Perhaps the people we will be feeling sorry for are those on the boarder of the compulsory purchase area who will lose out on the value of the property without being bought out.

Local councils, who in one breath say they support local businesses, are about to launch expensive legal action spending £200,000 of our council tax money on actions against the Heathrow expansion. I can’t remember voting on this and as a local business person I would like to see the expansion go ahead, and I live under the flight path so can’t be accused of the “not in my back yard” syndrome.

It is a shame we all have to endure this debate again. A decision made to expand has been made but until the earth gets broken anything can and will happen.