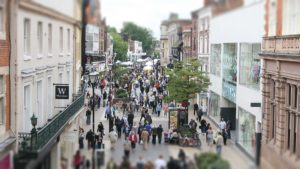 Tax changes in the UK and how they might effect you.

The business rates are due to go up on April 1st 2017. This was due to happen two years ago but was delayed until now. A process that should happen every 5 years is to get the values reviewed.

The effect on many small business’s will be dramatic, forcing some out of business whilst making many others think very carefully about any expansion. Retail could be hit hardest and Mary Portas, the retail guru, recently informed the Telegraph that she believed this to be about to have a real and long lasting impact on retail making some areas of the country see the demise of anyone except the major retail chains. Shops in secondary and tertiary towns will vanish.

There appears to be a perfect storm approaching this spring when retails who were currency hedging see the end of these deals and will then be exposed to the high dollar exchange rate costs. On top of this quarterly rent bills arrive, the national living wage and apprentice levy will kick in and to top it off the April business rates increase.

With the exposure to the high dollar we will have to wait to see if the retailers can absorb these increases although retailers NEXT are already saying there will be a 5% rise.

This will just increase the move to online retailing which is already getting significant advantages as they will not be effected to anywhere near the same degree in the rise in business rates; they are benefiting from a reduction in the rates bill for their distribution centres. Some online retailers saw a massive increase in sales over Christmas, and this increase has come at the expense of the high street as overall sales were not showing this sort of increase.

There does not look like there is much in the way of good news for High Street retailers and small businesses in general. Let us hope the Government takes these issues on board because if they leave it to the open market we could see many small businesses closing up and the economy will not recover from this easily.