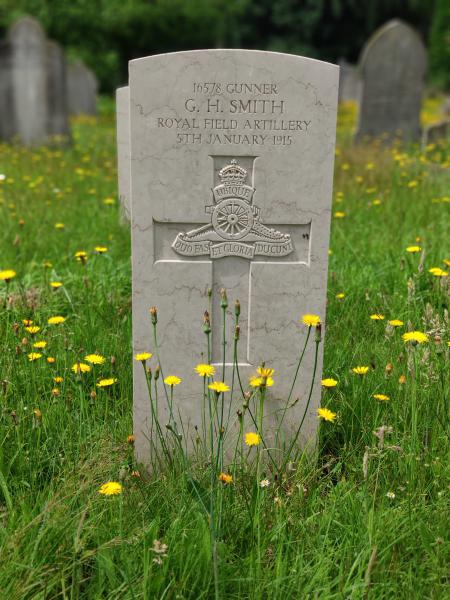 A year or so ago, Kehorne became involved in helping our local church to revamp their website. We took most of the content from their old site, including some great photography which we were able to reuse.

During the last year however, I noticed that there were a lot of war graves in the churchyard and after a chat with Jean from the church, I was put in touch with Pauline.  She had already looked into this and found out some background about the people buried there.

We agreed it would provide a useful and interesting reference point on the website, containing details about who these people were and what we knew about them.  We hoped that by doing this, we could also uncover further information from the local community.

One of the early discoveries was quite surprising; anyone who died in the two great wars were buried where they fell. So anyone buried in the UK generally had a story behind why they were here. Often this was from an accident at home or because they were based in the UK during the war – or they had been injured in the line of duty and sadly later died.  Tuberculous was a particularly nasty cause of death during these times.

There are some pretty sad stories, but behind each one, lies a person and families.  We’re hoping that over time, we can find out more; because they all played a part in keeping our wonderful island free and the place it is today. We will do our best to keep their memories alive.

If you know any details about anyone in the cemetery or just some interesting information you’d like to share, please feel free to get in touch