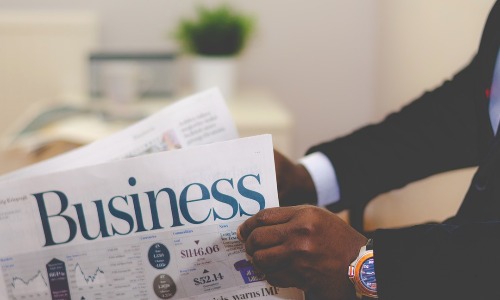 With SEGRO (Slough trading estate owners in one form or another since 1920) once again entering the FTSE100 there is a real sense of growth and positivity in Slough.

Slough is the second most productive place in the UK and has progressed from just a manufacturing base to a much more digitally focused business model. It is now the second largest home of data centres in the world with one of the main fibre trunk routes out of London.

Having come from a background as a store and repair centre in 1918 for the vehicles and equipment coming back from the First World War – it was taken over by a private company in 1920 and has grown to be the largest privately owned single industrial estate in Europe.

SEGRO is in the early stages of building 200,000 sq ft of new buildings in advance of actually having any companies to move in. They are speculating on the arrival of Crossrail (due to open in December 2019), the expansion of Heathrow with a 3rd runway (awaiting confirmation after the general election this week) and a new rail link with Heathrow Terminal 5 bringing new businesses out of London and into the Thames corridor which has advantages in lower costs for businesses and improved transport links.

Although I personally have been shown to have enormous scepticism at the 3rd Heathrow runway – having lived in and around the airport for most of my life and having a parent working there for over 30 years of their life, we have had the 3rd runway spoken about for about 40 years and even after it gets the go ahead it would take 10 years to build (two potentially different parliaments and two different opportunities to cancel the project)! Amazing when Heathrow was built with 6 runways!

What is important to note is that the expansion and success of Slough will not be effected majorly by Heathrow. It’s immediate future and rise is perhaps aligned to Crossrail and the Heathrow rail link, one of them is almost complete and the other is so positively discussed locally and nationally it would be amazing if it did not happen.