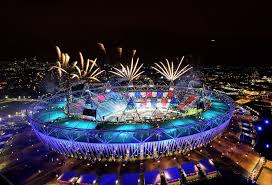 If the last Olympics taught us nothing else, it taught us that you really do get what you pay for. The results for TeamGB prove this. But it is not just a case of throwing money at a problem and then walking away. It is far, far more complicated than that, it needs a well thought out and planned long term strategy. For the plan to work properly there needs to be commitment that the money is going to be there for the whole process. But more importantly, everyone involved needs to know what the long term plan is, what their role within it is and needs to have completely bought into it. If the planning is not thorough and robust, if the financing is not guaranteed or fluctuates or if sections of the process do not buy into the overall plan it just won’t be as successful, and in some cases it will fail entirely.

UK Sport (who control how elite sports are financed) was already working on the Tokyo Olympics buildup 6 months before the Rio Olympics even happened, and the National Lottery has given them the assurance of knowing that the bulk of the money is there for the long term plan. The UK Sport plan is ruthless though. It focuses on sports where we are doing well and winning medals, and removes funding from sports that are not doing well. It may be crude, but it is effective at upping our medal tally.

‘Ever since UK sport funding began in May 1997 there has been a step change in the
Olympic performance of the sports and thus the medals gained.’

The UK Sport plan had very simple and clear objectives. To increase our Medal count for sports at World and Olympic level, and on that it has delivered. The remit was not to improve facilities or focus on mass participation sports, so it was and remains highly focused.

‘An Olympic medal won by Team GB at the London 2012 Games cost an average of just over £4.5 million. Boxing was the most cost-effective sport in terms of funding per medal, with hockey the least.’

Businesses and other government areas can learn a lot from this success. Frequently it is not the initial planning that causes the problems. Often it is the subsequent tacking on of other objectives (for no extra money), spasmodic funding or a lack of commitment to the plan for its whole lifecycle that creates the issues. In government this is frequently down to a change in emphasis when the political party in control changes. Many of the problems with projects in the NHS and State Education, when traced back, are down to this. The expansion of airport capacity is a prime example of a project being refocused by subsequent Governments, leading to muddier and not clearer waters.

Even SME’s (Small and medium-sized enterprises) can learn from this approach. We have often seen cases of someone taking the short term cheap route to having a website that can have negative long and medium term impacts on a business, from a badly executed web design to faulty implementation with bad navigation or web site sections that do not work correctly.

So what can we learn from this, here are some simple tips;

1) Be clear on your objectives from the start

2) Keep your outcomes from the project focused

3) Do not skimp on planning

4) Be realistic on cost and time frame

6) Ensure all stakeholders have bought into the overall plan

7) Ensure everyone working on the project is aware of their role, and where it fits into the overall plan

Kehorne can only suggest that we have seen firsthand how going the cheap option can often lead to higher long term expenditure so please keep in mind, you do get what you pay for!