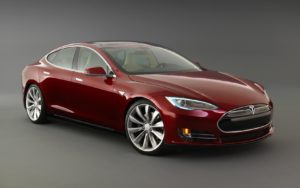 Did no-one notice that when living in Slough; the term Mission to Mars can have a whole different meaning?
Of course I am referring to the Mars Confectionery company based in Slough, not the planet that Elon Musk is talking about.

Elon Musk has a vision of putting a manned mission and a base on Mars. I’m pretty sure that seeing his track record this is entirely feasible. When would be more of a question, because the guy seems to come up with the goods eventually.

We recently attended a talk in Ditton Park where a representative of Tesla cars was there to discuss the cars and how they fit into the technology of today and the way ahead – as seen by Elon Musk and Tesla. Now interestingly they claim to have opened up a hundred plus patents to anyone who wants them. This by definition is a little vague as a patented product can be used by anyone so long as the holder gains some financial advantage – payment. So are they truly open? Who knows, because until someone uses one we will not know for sure. The reason I see Tesla doing this is because they need more players in the electric car market to make the whole thing more financially viable, especially as the major Japanese manufacturers seem to favour hydrogen power. Whilst they are further behind there may be more to this and who will win in the end….Let me say that whoever it is will be far richer than the loser!

The technology behind the Tesla is very interesting as they are becoming more of a technology company with a slant on computer systems because this is what has more control over the car and will continue to evolve. The cars are connected to the Internet and the web constantly. An upgrade in software will occur to all cars so that the systems  are continually progressed. Recently they upgraded the facility of the cars to automatically change lanes just by the user initiating the process using the indicators. The existing systems controlling the sensors are all capable of doing so much more that the cars may be very close to the self drive car that we currently see as the “future” of the car.

As for his other venture Space X, they have a NASA contract to supply the International Space Station but the eventual goal is to place a manned base on Mars.

Good luck to Elon Musk, I totally admire his plans and wish him all the best.