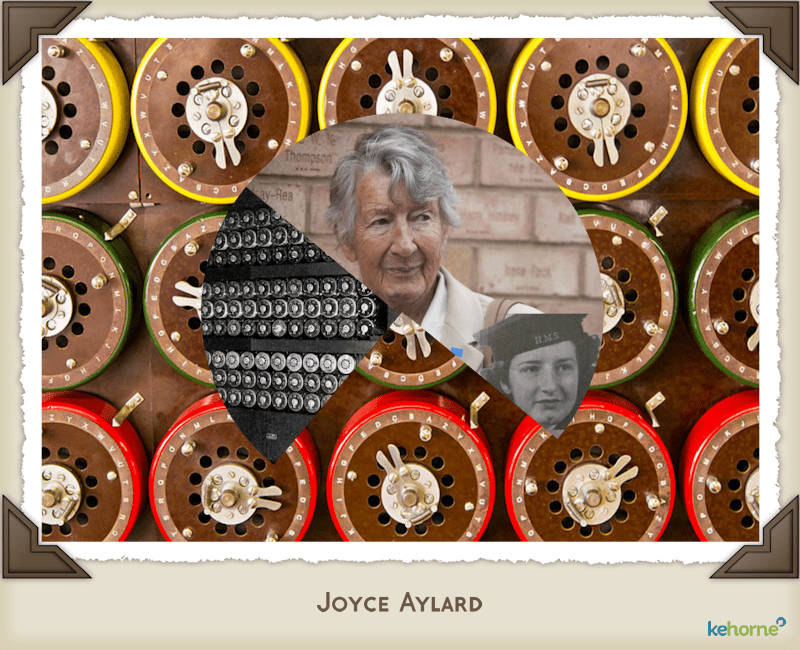 In recognition of International Women’s Day this Sunday, 8th March, we thought it appropriate to take a look at an amazing, yet seemingly ordinary woman who played her part to influence the world we live in today. And although over half a century ago, her work took place no more than 30 mins away from our offices here in Slough. This woman operated a machine that influenced the birth of the industry Kehorne specialises in – websites.

Many of you will have seen the fantastic film Imitation Game, starring Benedict Cumberbatch and Keira Knightley. But, as lovely as Keira is, she’s not our female focus for International Women’s Day! In the film, Cumberbatch portrays the role of wartime codebreaker, Alan Turin; who was the brains and influence behind the team who cracked the German Enigma Code which many believe was what eventually won Great Britain the Second World War; and saved many thousands of lives.

It’s the machine he built, naming it Christopher after a childhood friend that was the precursor to what we all know today as computers. And it’s quite staggering to imagine how the human brain can comprehend and interpret data and puzzles to the point it can programme a machine to do the same.

Joyce worked at Eastcote in London and operated the Bombe machine, designed by Alan. Each day she tested hundreds of different combinations to break the code. And when interviewed, she recalled that each time a code was successfully broken a senior member of the team would shout “job up”. At which point work started on trying to crack the next one.

Once the war in Europe was over, Joyce was redeployed to Bletchley Park to work on cracking Japanese codes. But it was another 20 years after the end of the war that Joyce told even her husband of the role she played in bringing the war to an end. Such was the secrecy behind the code breakers and their work.

Today’s equivalent of Joyce’s career would be a Cryptologist specialising in developing algorithms, cyphers and security systems. This encrypted information is often highly sensitive and although historically and predominantly for use by the military; in today’s world of cyber espionage security issues, it’s also used by big corporations.
It’s the women like Joyce who we have to thank for the world we live in today.