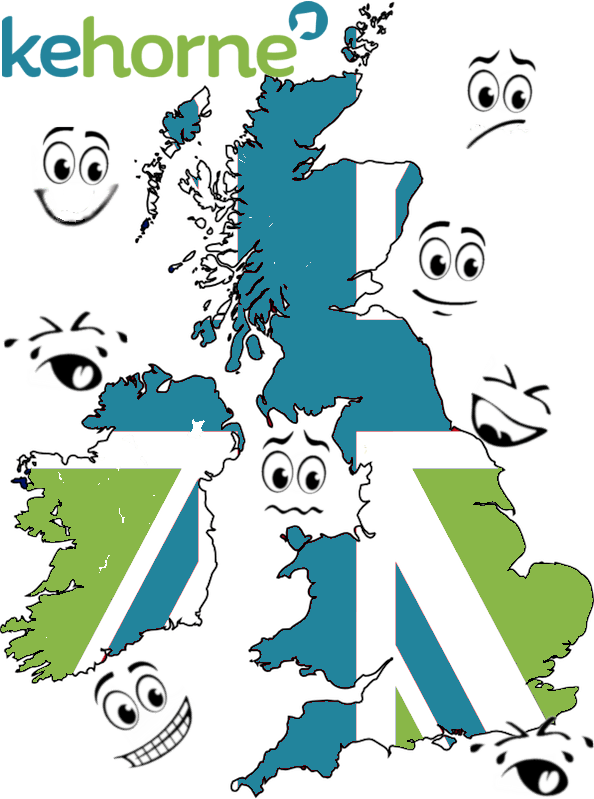 C’mon Britain – get your smiles back to work!

We’ve been passing a fascinating article round the Kehorne offices – alongside working on our eagerly anticipated new websites for Kehorne Digital and Kehorne Bespoke of course.
Maybe we noticed it because we all seem a little frazzled after the Christmas and New Year celebrations. Do you agree it’s probably the only annual leave period where we go back to work more exhausted than we left and it’s not even Blue Monday yet! (That delight hits us on 21 January in case you’ve forgotten.)
Or… maybe we noticed it because…we’re Brits!
The article in question was in response to research by 247 Blinds. And in it they looked at the reasons we like to have a ‘bit of a moan’. And how many of us love to share those moans on social media.
According to the study, here’s what we’re finding to have a gripe about on Twitter in January…

What the article in question went on to say was this lack of motivation and productivity could be the result of readjusting to a lapsed schedule. They spoke to several experts who agreed this could be the case – and who also cited the following as ways to become that happy ‘morning person’ once again after the holidays:
Get your exercise levels up. Set your fitness goals and get out into the fresh air for a walk at least once a day
Get a good night’s sleep to restore your energy and your body.
Care for your mental wellbeing by making sure you get some ‘me’ time. In whatever way works for you.
Now, as a bunch of colleagues we reckon we rub along pretty well and you won’t find us taking part in these gripes (ahem!). Because we firmly believe that a positive mental attitude shines through and reflects in everything happening around the workplace – nail the PMA and you’ll have a MUCH better day as a team and higher productivity levels.

How do you keep your pecker up when the rest of the population is on a downer?!