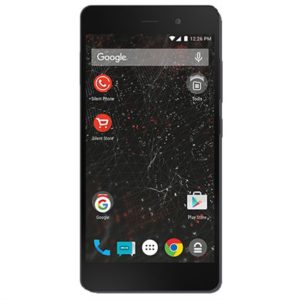 There was a survey a couple of years ago, where participants were asked ‘If you were going out for the night and had to forget either your mobile phone or your wallet, which would it be?’ Overwhelmingly they agreed that they could survive without their wallet, but not their mobile phone. We need to bear in mind that this survey was before contactless payment with a card or NFC (Near Frequency Communications, the technology behind contactless payments) enabled smart phones which are becoming more commonplace (to allow you to make payments with your smartphone). So if you did the survey again in a year, it would no longer make sense, as users simply won’t need their wallets.

But what does this mean? Well simply put, our mobile phones are close to being pretty much the only thing (apart from house keys) that we need, or want, to have on us all of the time.  This is generally a good thing, but mobile phones leak information about us all of the time, so everywhere we go and everything we do leaves behind it a small footprint.

As an example, look at your mobile phone right now. Do you have WiFi on? Do you ever turn the WiFi off? If the answers are ‘Yes it’s on and no I never turn it off’ then every time you walk around and pass through a WiFi area, your smart phone and the router perform a ‘handshake’, so you are logged whether you connect to it or not. So the router knows who you are, and when you were there. You are not alone, most of us just leave our WiFi on most of the time.

Now generally speaking this is not a problem, in reality it is unlikely that someone is out there collating this mountain of data and generating a minute by minute log of our lives, it’s just the fact that someone could, and they could go back and do it historically, so they could tell you what you did this time last year, I know that I couldn’t tell you that!

So mobile phones are far from private, and most of us get a little stressed when we don’t know where ours is. It is always turned on, always on our person, and controls the bulk of our digital communications, so it is the perfect tracking device.

This has been taken seriously by a company called ‘Silent Circle’ that have built an operating system called SilentOS (a modified version of Android) with security at its core, which runs on their own phone (called ‘Blackphone’). Essentially it closes all of the backdoors that other Operating Systems leave open, and has a series of tools that allow you to communicate more securely. It also has all of the usual ‘insecure’ communication tools as well, so you can chose if you want to be secure or not. The hardware itself is fairly standard, with a 4.7 inch screen and an 8 megapixel camera.

We think that security is important, and that Blackphone is showing the right direction of travel on this. Will Blackphone itself be the market leader for secure phones? Probably not. What is most likely is that the larger manufacturers will see what is going on, and start to include some or all of this secure functionality within their own phones.

What is sure is that this is going to become much more visible to users over the next 18 months, and how secure their phones are will be part of the conversation when choosing a new smart phone.

If you want to know more, visit;